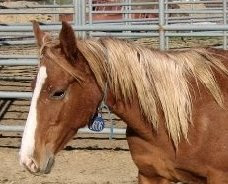 In the old days, BLM used to try to put on a pretense of sincere rangeland evaluations. The most accurate techniques previously used began with determining forage production for an area, which of course is subject to environmental conditions and fluctuations such as drought.

First BLM would clip, cut and harvest many varieties of plants and key forage species, dry them, weigh them and then determine about how many pounds per acre the evaluation area would yield. This method is a foundational rangeland management tool called forage production, something you will almost never hear BLM discussing these days as it is an extensive and time consuming process they rarely have the funding or personnel to commit too.

After determining what the areas forage production yielded, BLM would then calculate how many acres it would take to produce the amount of forage necessary to feed a cow and her calf for a month; this is known as carrying capacity. It was from these two base figures that BLM (or other agencies involved in land management and conservation practices) could determine about how many animals an area could support.

From here, the general rule of thumb was not to authorize more than 50% of the available forage for multiple use such as livestock grazing in order to allow a sufficient amount of forage to still remain to support wildlife.

But then a significant change was made back in the early 90’s and BLM began leaning heavily on a technique that measured utilization levels instead. This method is generally accepted as a fair monitoring tool for determining how heavily grazers are impacting key forage species and if necessary, to make adjustments based on these monitoring results.

Yet evidence suggests BLM began using the utilization technique to establish management levels on areas that never had forage production or carrying capacity calculated. The evidence also suggests BLM began re-affirming grazing use and wild horse and/or burro populations in decision after decision based on data that may have been twenty years old or older or were established in former land use plans as initial levels but were approved with the promise to measure forage production and carrying capacity at a later date, which of course never arrived.

One a side note, for those areas that BLM did analyze forage production and carrying capacity at some point in the distant past, it’s hard to determine if their grazing authorizations have had an impact over the years if they never take measurements again to compare the data too.

One of these included exposing the standard utilization “wheel” BLM uses to calculate utilization levels based on stubble height. It was proven to be highly inaccurate and “low-balled” the rating, sometimes severely! Another factor that emerged was the higher the actual utilization levels were, the more inaccurate the “wheel” became.

However, when it comes to wild horse and burro evaluations or establishing their allowable management levels, BLM has even more leeway!

A new method was approved for wild horses and burros allowing BLM to “rate” five essential habitat components as the basis for their management decisions. Often times, there is little to no supporting data to back up these ratings besides an old fashion “trust us” statement that continues to be upheld by the watchdogs of the Wild Horse and Burro Program.

Oops! My bad as there is no watchdog for the Wild Horse and Burro Program, which demands BLM actually support their findings with real data! And so, they continue to get away with zeroing out herd and habitat alike, unchallenged and unperturbed.

And now we come full circle to the new Ely Resource Management Plan’s recent elimination of all that “protected” habitat and wild horse herds in their jurisdiction.

Despite reporting many of the livestock allotments have yet to be evaluated for their conformance with Rangeland Health Standards in several of the overlapping Herd Management Areas being zeroed out, BLM did not consider the utter lack of data to support their decisions of any significant concern.

Not that it would have made any difference if they had done the evaluations, as BLM would have stated like they always do that wild horses were found to be a “contributing factor” in failing to meet those standards without actually having to provide any evidence as to how they determined this or at what level wild horses were found to be "contributing".

The reason BLM didn’t need to worry about the lack of Rangeland Health Evaluations is because they don’t need any data to support zeroing out a herd anymore.

The only “comprehensive” information provided in the Proposed RMP was found on Table 3.8-2, where BLM used their rating system of the five essential habitat components; forage, water, space, cover and whether their previously approved wild horse AMLs were genetically viable.

In making their determinations to zero the herds out, little to no information, data or analysis was provided as to the number of water sources, water or forage production rates, carrying capacity, utilization levels, fencing, current livestock authorizations or wildlife populations as related to wild horse use in the Herd Management Areas.

The BLM Ely District only presented an “adequate” or “inadequate” rating as the basis for their recommendations. They then expanded their authority to remove these areas from future wild horse use using the following explanation;

“An “inadequate” rating in one or more of the five essential habitat suitability components was considered to render the HMA unsuitable. In several such cases, full evaluations of other components was either not conducted or not considered essential in the management decision.” (1)

Another illusion used in the show included citing an HMA failed to have “year long suitable habitat” like the Clover Mountains and Blue Nose Peak or Little Mountain and Miller Flat Herd Management Areas. BLM admitted knowing these HMAs actually provided habitat for the same herd as they exhibited that age-old wildlife pattern of summer and winter migration routes between each HMA.

Yet BLM reached into their trusty bag of tricks by stating the HMAs failed to have “year long suitability” and before anybody even had an opportunity to question or challenge the legality of this, less than a month before BLM went public with their final decision to approve zeroing out the herds, an emergency gather was initiated. (Click Here to learn more).
And so with a wave of their magic wand ~ Poof! 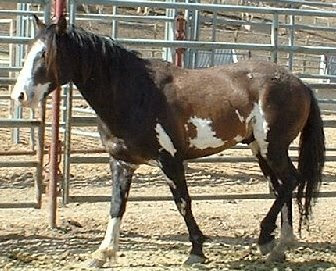 To view a more comprehensive analysis of each Herd Management Area in the Ely District and the factors cited in their HMA ratings, Click Here.
(1) Ely Proposed Resource Management Plan/Final Environmental Impact Statement, Table 3.8-2, Footnote, pg. 3.19-6.
Posted by Preserve The Herds at 10:34 AM

The BLM admits in its own reports the "underlying" reason for the removals; but you have to search really hard to find it. It makes up like, ONE sentence out of the whole report....I am amazed they even put it there at all, but of course they had to. Their *hiT is getting too obvious not to put it in;

and it aint about no rangeland declimation