For Our Next Trick

This is Part III of a six part series on the newly approved Ely Resource Management Plan, which permanently eliminated almost 1.6 million acres of habitat and over a dozen wild horse Herd Management Areas in the Fall of 2008. 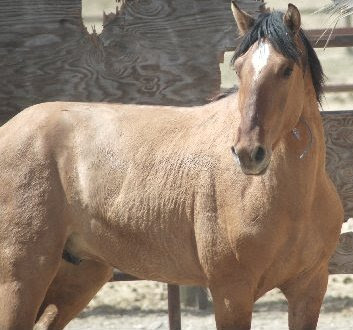 No one seems to be really clear as to just how many acres were truly occupied by wild horses and burros in 1971 at the passage of the Wild Free-Roaming Horse and Burro Act, especially after Congress gave BLM, U.S. Forest Service (USFS) and local ranchers a year to remove any “non-wild” horses and burros, aka, those under private ownership.

This “transition period” is reported to have resulted in yet another round of mass carnage for many of the free-roaming herds with U.S. Forest Service taking the lead role. USFS recognized every horse or burro left standing would require preservation and protection, something the agriculturally dominated agency wanted nothing to do with in the years to come!

According to records released by BLM in 2006, wild horse populations only totaled 17,300 across the entire West when they became “protected”. Yet between 1972-1973, BLM failed to report any populations at all and we can only speculate as to the grisly scenes being played out in the back woods and pastures of America as yet another mass cleansing ensued, this time under an official umbrella.

By 1974, over 42,000 horses were reported on public lands but according to BLM, they weren’t all wild and free as over 17,000 were reported as “private horses claimed”. For the next six years, BLM reported almost 70,000 horses disappeared under this clause as they were turned over to private individuals by the agency themselves. No records have yet been found as to how many disappeared on USFS’s side of the tracks…

Old time advocates have recounted this great “culling” being only part of the problem as BLM and USFS also failed to identify the full range of migratory routes the herds routinely used, preferring instead to just jot down where they found them on any particular day or deciding merely where they would like to manage them instead.

But records indicate by 1981, things seemed to have settled down, protected habitat was finally identified and so were the herds that somehow managed to survive, at least that’s how the story goes.

And then came Phase II, the culling of habitat, as BLM began a steady march to reduce the Herd Areas into Herd Management Areas all the while maintaining these Herd Areas are preserved in perpetuity - no matter if wild horses and burros were removed and haven’t inhabited these areas for decades.

While other public lands withdrawn by Congressional law such as National Parks, National Recreation Areas, Wildlife Refuges, etc. continue to be honored and protected under the mandates of why they were principally withdrawn, not so with wild horse and burro habitat or their populations.

Federally controlled land dedicated to “other” uses continue to have inherent appurtenances honored in their transfers such as; right of ways, easements, mineral, water, grazing and hunting rights while the appurtenances bestowed through legal conservation areas set aside for wild horse and burro preservation are placed as one of the lowest priorities of all dedicated public land uses.

Without acknowledged conservation rights aimed toward real preservation and protection, wild horses, burros and their habitat are managed more like public land feedlots and they have little chance of ever getting to live their entire life in a natural free-roaming state before they are culled for the domestic pipeline.

Re-branded, re-named and re-shuffled, here is what the wild herds and their historical ranges will now look like in the Ely District due to BLMs newly approved Resource Management Plan. 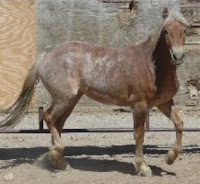 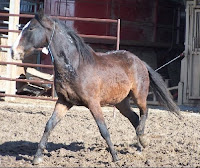 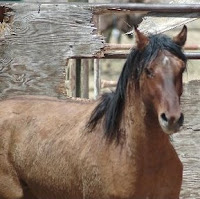 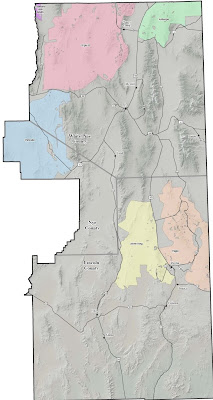 The new HMAs in relation to the old Herd Areas.
The Herd Areas are outlined in the darker gray patches. 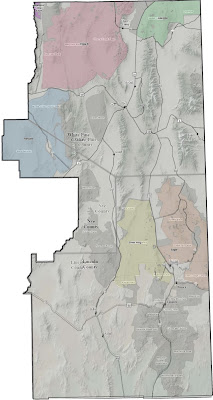 For a Summary of the New Wild Horse Herd Management Areas
Click Here
To read of true life accounts of what was done "officially" to wild horses during this era, Click Here to read American Horse Defense Funds Hooflinks blogpost, "History Repeats".

Here are a few notable excerpts....

"According to the accounts of those there, 4 of the trapped horses by then had fallen over the cliff to their death's and 3 others had wedged horses so deeply in rock clefts they could not be freed. The throats of the 3 animals were cut with a hunting knife and their legs cut off with a chainsaw so the carcasses could be pushed over the cliff."

"According to the BLM-Forest Service report, 34 of the horses surviving the whole roundup were shipped to Robinson on March 1, 1973, to North Platte, Nebraska to be slaughtered for dog food. The animals were cleared for shipment from the stockyards at Rexburg, Idaho by a state brand inspector even though they were not branded and Robinson had no bill of sale to show he had acquired them from private owners. The inpsector said he was not familiar with the state law dealing with unbranded livestock."

Posted by Preserve The Herds at 9:02 PM