This is the last in a four part series, which attempts to highlight two of the root issues in the long-standing war on America’s mustangs and burros and continues to be used as the hammer to prevent their rightful place in the American landscape. 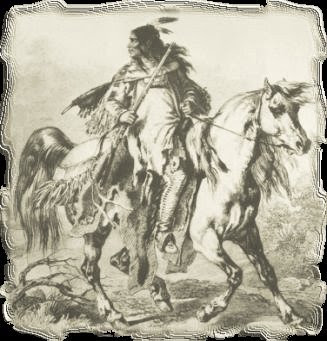 While the debate (what little there may be) of whether horses were here prior to the arrival of the Spaniards will probably continue to be relegated to the outer fringes of contemporary thought, the issue points to a larger one that has immediate relevance to wild horse and burro preservation and protection.

Despite extensive laws, treaties and promises that pretend to honor tribal cultures and ways of life, the prevailing attitude still persists of their inherent inferiority and mostly, just lip service is given in lieu of true respect.

The keyword here is “culture”, something Indigenous Peoples have that is decidedly absent in the prevailing American mainstream consciousness as the American “way of life” is often defined by Madison Avenue architects who craft our social trends based on maximizing shareholder profits.

Even as the American people reached out in 1971 to honor the cultural values and contributions of our distinctly American wild horses and burros, author and sociologist Alvin Toffler had begun recording the psychological impacts of an accelerating American culture that had no roots, no traditions and was continually in a state of flux. These psychological effects included “shattering stress and disorientation” and its various symptoms were coined “Future Shock”.

From our earliest arrival, everything in the New World has been deemed disposable and Toffler recognized that accelerated technological and culture changes of our industrial and “super-industrial society” were having a profound impact on us as a whole. He defined future shock as “too much change in to short of period of time” and his studies provided a myriad of examples in how anything and everything that grounded us, gave us a sense of connection and orientation, was constantly being revised, replaced and revamped. (Click Here to learn more).

As people have begun recognizing the cultural and economic damage their communities often experience from mega cookie cutter franchises, strip malls and the same dubious “choice” offered by the fast food courts that now litter the American scene, public rallies and attempts to block their establishment are often meet with stern resistance by city planners, whose eyes can only perceive increased tax revenues to support more expansions of more of the same.

Wild horses and burros were recognized first and foremost as a cultural and historic resource and this fact is clearly embedded in the opening language of the Act, which states:

The ideas of animals as an important cultural value is nothing new – just ask the Native American tribes how important many species are to their cultures and communities.

It isn’t even a new idea to our own government as U.S. Fish and Wildlife Service, though they established a policy in the 1980’s that they would harbor “no non-native species”, makes exceptions in the National Wildlife Refuge System five times for the preservation of nationally or historically significant animals. (1)

National Park Service, whose modern day policy demands the eradication of wild horses and burros from NPS managed lands, even by “humane bullets” (Click Here ) has also made exceptions, such as for the Assateague wild horses due to their cultural values to the public. Almost every publication about the island is splashed with photos of the “feral horses” that take the lead role in contributing to the millions of visitors to the island every year. (Click Here ).

In the 2004 Resource Management Plan for the Nevada Wild Horse Range Wild Horses, BLM responded to a critic of the “non-native equines” by affirming, “The issue of a wild horse as an invasive species is moot since the 1971 WHBA gave wild free-roaming horses “special” status based on their heritage of assisting man settle the “west”….” (2)

Yet despite their cultural value to the American people, a value that is the rudimentary foundation for their preservation and protection in the 1971 Act, the above reference is the only currently known acknowledgement by BLM that they were indeed protected for their culture and historic values to us.

The Needles Field Office zeroed out the genetically distinct Clark Mountain burros by claiming, “Removal of a small population of burros from a small herd management area would not significantly affect the larger landscape of the American West or the maintenance and management of populations of wild horses and burros symbolic of the historic American West.”

To see if this was true, a report titled “Wild Burros of the American West: A Critical Analysis of the National Status of Wild Burros on Public Lands” (2006) was compiled based on BLMs own statistics of their management of herds and habitat over the last thirty-seven years; BLMs conclusion was not found to be supported in the slightest.

Though this report was submitted to BLM requesting they analyze the true nationwide impacts of their management actions (as required by law), California State Director Mike Pool refused (Click Here ) and BLM and other agencies continue to refuse to acknowledge them as a cultural and historic resource in their official “checklist” of issues they are required to review.

Why? Because BLM and other government agencies know a true examination of national and cumulative impacts to our wild herds will reveal the stark truth – they are managing them and their habitat to extinction.

One of his many relevant statements includes:

“In essence, agencies were regarding as not eligible for the National Register any place that was not recognized and valued by a professional archaeologist, architectural historian, or historian, regardless of the significance of the place in the eyes of local communities. We at the NPS and ACHP thought this tendency to be ethnocentric, elitist, discriminatory, and inconsistent with National Historic Preservation Acts purposes (See, for instance, Section 1(b)(3): “the historical and cultural foundations of the Nation should be preserved as a living part of our community life and development in order to give a sense of orientation to the American people,” – not just to its historic preservation professionals).”

While the focus of those who are trying to eliminate wild horses and burros continue to be hotly debated in “wildlife circles’, the foundation of federal protection for them, which was based on their cultural and historic value, has been successfully obscured in the smoke and mirrors game of political pandering even by the advocates themselves.

With an independent review that used BLMs own statistics, which revealed the remaining free-roaming wild horse and burro populations is most likely 16-20k less than BLM is reporting to the public, dominate animal activists groups pushing castration and fertility control drugs as the only “solution” versus researching into what is really going on and initiating legal battles about it (they contend it’s too costly to fight the government anymore and obviously, there’s no money in preserving them in their free-roaming state unless they are subjected to a lifetime of fertility control shots), government officials and special interests continually scheming on how to further reduce populations and habitat and BLMs own straightforward population targets of wild burros now under 3,000, there are few avenues left for communities and a bereft public as both their value as a wildlife species or their historic and cultural significance have been stonewalled, misrepresented and ignored while our herds continue to be “officially” cleansed from the American scene. 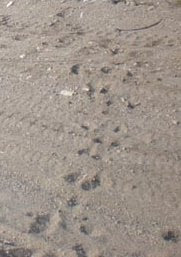