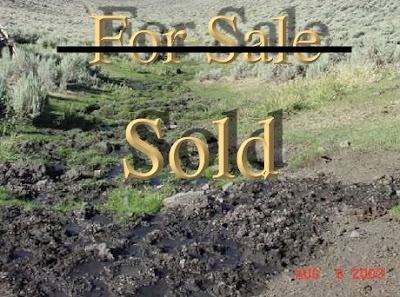 Whether you’re passion is wild horses and burros, wildlife or just someone who loves to go hiking around in nature, eventually we all run into the same issue; the degradation of public lands by poorly managed livestock grazing and our government authorizing unsustainable numbers for decades.

The question becomes why…..

Why does public lands ranching have such a death grip on our natural resources? How is it that after all these years, little has changed despite overwhelming evidence of the damage? Why, despite all the laws and many, many good dedicated people in the government agencies themselves that have tried to effect change, nothing substantial can be done? Why is it that report after report submitted to Congress clearly outlining the mismanagement and malfeasance of livestock grazing to our resources, including wild horses and burros, is met with indifference as they not only continue to support livestock grazing but will viciously fight for the rights of ranchers time and time again? And how is it possible that just a handful of ranchers who produce less than 3% of America’s beef on public lands continue to wield so much power over our Nation?

Well, the answer is, they don’t. The banks do, just like everything else these days and it’s the banks that continue to dictate American policy and cause Congress to ask “How high?” when they ask them to jump.

In Mike Hudaks' Western Turf Wars – The Politics Of Public Lands Ranching, an interview with Mike Sauber sums it up in a nutshell and what he describes should send chills down anyone’s spine who cares for America’s resources, “our” public lands and why the current system has eternally doomed us to failure until there will be nothing left but dust.

Mr. Sauber so aptly and clearly describes America’s real predicament in this powerful truth so often hidden from public view when he states: “People typically assume that ranchers have a lot of power, but it’s not really true. It’s the banks holding the estimated $2 billion that’s loaned out on grazing permits on western public lands that have the power. Our public lands are being used as collateral for bank loans. Our wilderness areas, archaeological sites, watersheds, wildlife habitat is being mortgaged – used as collateral for bank loans of ranchers that are buying base properties with grazing permits attached to them.”

If you really want to know the truth about America and our resources, Western Turf Wars is just an amazing public service. If you already care about what you see going on around you, it has incredible insight on multiple levels as to why our public resource system is such a mess. If you didn’t give it much thought before, by the time you finish this book, you might find yourself suddenly caring very much!

To order a copy or read other reviews of Mike Hudaks' Western Turf Wars – The Politics of Public Lands Ranching, Click Here.

The photo above was taken from the Simpson Park Complex Rangeland Health Evaluation published by BLM in 2005. The original photo was of Barton Creek in Nevada taken in August 2003 and all the damage was attributed exclusively to excessive livestock grazing. It is one of hundreds, if not thousands of our "natural springs" and what's left of them.
Posted by Preserve The Herds at 12:12 PM