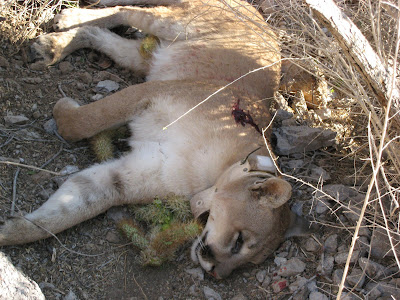 It's the "funny math" that never adds up but somehow always seems to work when it comes to free-roaming wild horses and burros. The myth of overpopulation (and all the arguments that support it) gets regurgitated over and over again; by BLM, by state wildlife departments also known as Fish & Game, by the mainstream media and even by those who claim to staunchly support wild horses and burros and know a lot about them.

When was the last time anyone read or heard about the overpopulation of excess wild horses or burros in context with everything else?

We don't hear about it because the people that make these quotes with such authority would sure look stupid if they did and the decimation of our herds would be a lot harder to sell if the thriving ecological balance wild horses and burros are unrelentingly removed to "protect" were actually included in those conversations and articles.

What is really being protected is the economic and political interests of those who exploit the American taxpayers and our "public" resources. It's a funny kind of math that determines what is excessive but it sure seems to be working so far. If they were telling the truth, it would look something like:

"The 27,000 free-roaming wild horses throughout the West are 1,500 more animals than the BLM has determined can exist in balance with other uses without causing damage to the range in order to protect it for over 9 million cattle, 700,000 elk, 600,000 pronghorn antelope and though they now number less than 3,000, wild burros continue to threaten habitat of the native species bighorn sheep, recently reported as topping the 50,000 mark.

After World War II, one of the most puzzling questions that plagued humanitarians about the Holocaust was, how did Nazi brass so thoroughly convince their soldiers and citizens to support their agendas and atrocities?

One test psychologist performed trying to find out involved taking a group of adults and using repetitive brainwashing techniques to convince them that 2 + 2 = 5. In all cases, the subjects finally believed 2 + 2 = 5, despite having years of knowledge to the contrary. This is what has been going on with the myth of overpopulation of wild horses and burros - if you repeat it enough, they will believe.....

So here's another example of some other "funny math" being used on wild horses and burros to eliminate them.

In 2005, BLM used complicated formulas and the Use Pattern Mapping technique to determine the "appropriate" population for the Johnnie Herd Management Area in southern Nevada.

In 1995, BLM reported that 34,351 acres was measured at "heavy use" as the wild horses and burros of the area had mowed down 61-80% of the forage. Said to predominately occur around the two lone springs in the HMA, this equated to over 53 square miles and didn't include the other 30 miles reported as being used "moderately" (41-60%).

It gets better too. One year later, these same wild horses and burros were reported as now impacting 48,957 acres at "heavy use" or over 76 square miles with another 12 miles at moderate use levels. (1)

If that wasn't enough, records from 1998 show that the Johnnie HMA hadn't even been established yet - it was still part of the entire Spring Mountain Complex, which was officially broken apart to create three separate HMAs through the 1998 Las Vegas Resource Management Plan. BLM reported a census was conducted in 1997 and the total population for all three HMAs spanning 575k acres was merely 61 wild horses and 46 wild burros. (2)

Yes, BLM could have removed tons of horses and burros in between that time - they reported removals occurred in five of the years between 1995 and 2004 when they were doing the rangeland evaluations used to establish the "allowable management levels". BLM stated removals occurring in 1999, 2000, 2001 and 2002, so there is a missing gather from the records.....

So now the burning question is - how many wild horses and burros does it take to eat 60-80% of the plants in 76 square miles around the two springs? I wonder if all those horses locked up in long-term holding pens think two plus two equals five as well?

As for wild horses and burros having no natural predators, the photo used was of a mountain lion tracked and shot by using the "research only" radio collar that signaled the cat had left its approved boundaries in Arizona's Kofa Wildlife Refuge, recently targeted for a lawsuit that claims managers secretly approved plans to turn the Refuge into a big game reserve for bighorn sheep. This mountain lion is one of hundreds of predators killed each year through taxpayer-funded programs mostly used to protect livestock and big game interests.