This is the first in a four part series, which attempts to highlight two of the root issues in the long-standing war on America’s mustangs and burros and continues to be used as a hammer to prevent their rightful place in the American landscape. 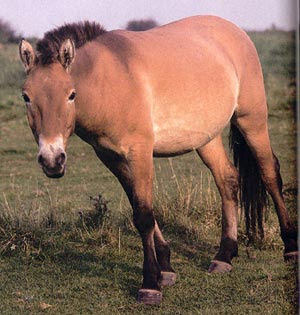 From an estimated 2 million wild horses in the United States at the turn of the 19th century, their populations were believed to have been whittled down to fewer than 17k shortly before the passage of the Wild Free-Roaming Horse and Burro Act in 1971, which finally granted them some measure of protection.

While millions of dollars have been poured into the Bureau of Land Managements Wild Horse and Burro Program over the last thirty-seven years, remarkably, little has been produced in the way of actual studies, research and credible data as a result of their “management” when it comes to these unique free-roaming herds.

And is it any wonder? The 1934 Taylor Grazing Act, whose legal obligations are still cited to this day as one of the foundations of BLMs “missions”, authorized the round up and slaughter of thousands of wild mustangs throughout the West and included the statement “worthless fuzz-tails were grazing unlawfully on public domain”. (1)

When the Wild Free-Roaming Horse and Burro Act was passed, two distinct principles were embedded in the law as the foundation for protecting and preserving America’s wild free-roaming herds. Unfortunately, instead of these principles being combined and used to strengthen the status of wild horses and burros, they have been used to cleave the very heart of the Act through that age-old strategy of “divide and conquer”.

The first principle of preservation was built into the title itself, as both Congress and the majority of the American people acknowledged wild horses and burros as a free-roaming wildlife species and the Act included such language as “Any adjustments in forage allocations on any such lands shall take into consideration the needs of other wildlife species which inhabit such lands”.

Wild horses and burros as a wildlife species was also affirmed in the Acts first legal challenge in Kleppe v New Mexico when judges declared, “In our view the ‘complete power’ that Congress has over public lands necessarily includes the power to regulate and protect the wildlife living there”.

Yet these days, you won’t have to travel far to hear the only “real” wild horses of the modern era only exist in Mongolia, despite being extinct for over thirty years in the wild. These only “true” remaining wild horses are called the Prezwalski horses and are descendants from 12-15 captured foals from the early 1900’s kept in zoos until their first reintroduction in 1992 when 16 horses were released.

With much fanfare and while the eyes of the world watched giddy conservation teams release them, wild horses in other parts of the world continued to be shot, butchered and hunted as an invasive species, relegated to little more than biological garbage by the much of the scientific community.

As BLM has done little to document the social dynamics and ecology of the “fuzz-tails” they were grudgingly put in charge of, the ecology of the American wild horse began to be told by many who had their own agenda’s and what you will hear them say today is “wild horses are not native to North America” – anymore.

One of the key supports for Darwin’s Theory of Evolution (considered one of the backbones of modern science) rests in yet another gift of the equus species to mankind, its documented evolutionary progression through a highly extensive collection of fossils unearthed right here at home.

Since its dawning inception as the three-toed dog like Eohippus to the current Equus caballus, their history built in bones spanning 56 million years earned the North American continent the distinct honor of being hailed “The Cradle Of Equine Evolution” through one of the most extensive evolutionary fossil progressions ever recorded.

Except these “true” wild horses died out on the North American continent approximately 8,000 to 13,000 years ago (depending on which report you read) and while just a blink from an evolutionary standpoint, current biologists rarely discuss their native homeland, preferring instead to cite the non-native status of the now feral North American wild horse.

“….there were really only two horse species present in North America during the mid and late Pleistocene: a caballine and stilt-legged equine. Both species, they suggest showed great geographic variation in size because of adaptation to different environments.”

“…some or all of the fossils are really stilt legged equines that have been misidentified. Clearly more study is needed to determine if Asiatic wild asses ever inhabited North America.”

“A recent study of caballine fossils in the northern hemisphere reveals that those of the late Pleistocene times belonged to two clades: (1) an endemic North American group, and (2) a Holarctic group found in both North America and Eurasia (Vila et al. 2001). The familiar domestic horse of today comes from the second clade.”

From a biologists standpoint, the specific crime of the modern horse is sixty-four chromosomes comprise the world’s horse population, which numbers into the millions and that includes the Mustangs of the American West, while the Przewalski’s horses contain sixty-six chromosomes, a number considered sacred by the scientific community who have determined they are the only species of horse deserving of conservation efforts versus bullets.

Though their loving gaze has been reserved for the blessed sixty-six with blinders tightly secured to focus away from North America’s equid evolution, recent developments in genetics has also revealed the tidy bundle of fossil evolution so tightly embraced by the status quo has begun to unravel in a not-so-straightforward progression.

It turns out that the genus equus has a few secrets buried in all that “junk DNA” and evidence is suggesting a more diverse family tree versus the linear progression than was previously believed to be the evolutionary sacred cow.

“Some authors have suggested that domestic horses were derived from more than one wild type. Their aim has been to explain differences in conformation of the animals depicted in ancient cave paintings, engravings, and sculptures as well as differences noted among contemporary and ancient horses, such as in body size, temperament, and other characteristics.”

“But the multiple origin of domestic horses has not become a fulsome idea. The extensive analysis of mitochondrial DNA (mtDNA) of both modern and ancient horses by Vila et al. (2001) has shown that modern horses have almost as much genetic variation as did the fossil horses examined. This eliminates the possibility horses were domesticated in just one place and spread from there. If horses had been domesticated once from a limited number of ancestors, the mtDNA of all modern domesticated horses should look basically similar. The high diversity of matrilines observed among modern horses implies wild horses from a large number of populations were founders of the domestic horse.” (3)

A point to ponder regarding potential differences of wild horses formed from the same strands of mtDNA can be found in Chincoteague horses, "where 40 western mustangs were brought to the island to infuse some diversity into the southern herd, but only five survived the first year”. (4) Why? My guess is due to radically different ecosystems and salt-laden forage this “same ole horse” had extreme difficulty adapting too.

So why does this all this science matter to the average person who just knows instinctively that horses belong here just as much as other wildlife species do?

Because one of the founding principles established to protect wild horses has been eroded in the name of science but not the form of science through the singular repetitive assertion that wild horses “aren’t native” and are therefore a threat to both landscape and all the other “native” species, despite real scientific evidence to the contrary.


Photo at top of the "true" wild Prezwalski horse.