The Greatest Herd - Part I 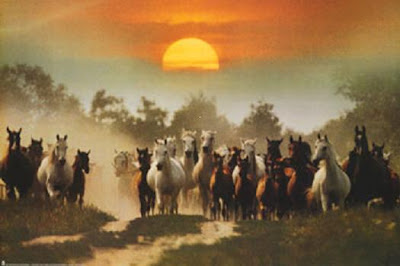 The Nevada Wild Horse Range was established in June 1962 in response to America’s over whelming love of wild horses. It was the first of its kind, created through a cooperative agreement between the BLM Nevada State Director and the Commander of Nellis Air Force Base and finally offered a place for wild horses to live in peace - free from brutal hunting, poisoning and slaughter.

The Range originally spanned 435,00 acres but was reduced to 394,000 acres in June of 1965 and BLM inherited the Nevada Wild Horse Range in 1971 due to the passage of the Wild Free-Roaming Horse and Burro Act. Though wild burros were also recognized on the NWHR in 1974 with plans to manage for them, somehow their "federally protected status" was circumvented and in 1993 BLM removed the last 126 wild burros and now manages the Range “burro free”.

By 1993, the NWHR was home to the largest wild horse herd in America as populations peaked to nearly 10,000 strong.

Due to the constant ongoing military operations, BLM had great difficulty accessing the NWHR and wild horse numbers swelled until reaching critical levels, which resulted in a crisis that caused many to die of dehydration and starvation.
Because of the high populations of wild horses on the NWHR, BLM determined the herds would make excellent candidates for fertiliy control experiments, so in 1996 the NWHR mares became one of the first to receive the fertility control injections and it has been used on them ever since.

The proper management of wild horses on a restricted military base has always been an issue for BLM as a lack of access has complicated trying to manage them due to the highly restrictive nature of the ongoing military operations. On January 29, 1997, BLM published a Wild Horse and Burro Evaluation for the NWHR with the evaluating team recommending BLM no longer be responsible for managing the wild horses or the Range.

In 2004, BLM drew up new plans for the NWHR that approved some pretty radical changes including cutting the AML again by another 50% with a new AML of 300-500 wild horses as well as dramatically increasing the Herd Management Area to 1.3 million acres.

Despite this massive increase, BLM redrew the boundaries of where wild horses will now be allowed by declaring only one third of the Range as the “core management” area; any wild horses found outside this area will be considered “outside the HMA” and removed. This includes the herds of Kawich Valley, one of the three most well known and documented herds on Nellis and BLM knew when they approved these plans they were approving the permanent wipe out the Kawich Valley herds.
Here is a map of the Nevada Wild Horse Range in 1992. 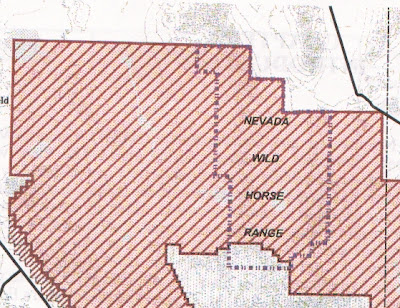 Here is a map of the new boundaries BLM approved in 2004. 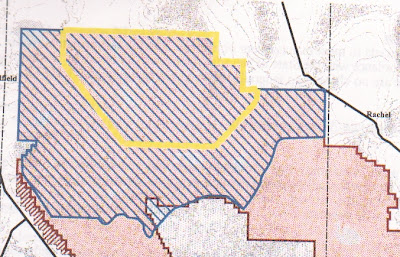 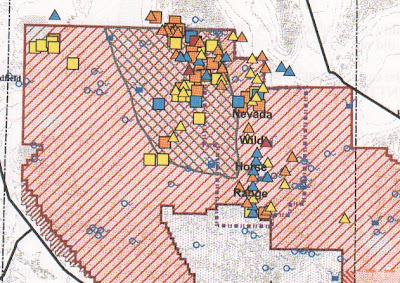 If all this wasn’t enough, now they want to castrate the stallions too?


For more on the Nellis wild horses, click on these links to other American Herds stories.
Nellis – Keeping It Safe
What Happens In Nellis, Stays in Nellis
Update: BLM reported that the wild horse featured in the What Happens In Nellis, Stays in Nellis was a mistake and was merely mismarked as being captured at Nellis.
For a copy of the BLM 1992 Wild Horse and Burro Evaluation, Click Here.