When The Dust Finally Settled..... 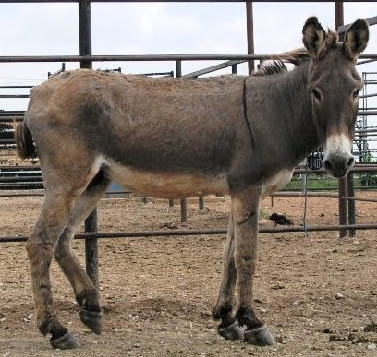 On July 8th, 2006, the BLM Las Vegas Field Office issued their standard press release in the Las Vegas Review Journal announcing their intentions to remove about 1,100 wild horses and burros in the Southern Nevada area. Though the announcement was small, it turned out BLM had big plans.

With the public focused on the removals of the wild horses and burros in the Spring Mountain Complex to the west of Las Vegas, which eventually blossomed into a failed lawsuit that attempted to protest and challenge BLMs “management” of our herds, plans for the Lake Mead removals were quietly being drawn with little public scrutiny.

The July press release didn’t even bother to mention what kind of animals were going to be removed only citing, “about sixty animals west of Lake Mead”, which by the fall grew to 186 and when spring 2007 rolled around and the dust finally settled, a total of 216 were removed with the “animals in question” turning out to be more Lake Mead wild burros.

Why more? Because the BLM had already removed 132 wild burros in March of 2006 in the Gold Butte Herd Management Area (HMA) just a few months before the July press release announced they would be removing them again.

The Gold Butte HMA is the last remaining “legal area” in the Lake Mead Complex out of the initial 659k acres of habitat set aside for their preservation, with BLM determining only 178k acres is still “appropriate" and anything more than 98 burros causes rangeland deterioration and disrupts the thriving ecological balance.

As has been too common these days, a wildfire swept through Gold Butte burning almost 50% of the HMA and as a result, in March 2006 BLM told the public it was necessary to remove 132 burros to prevent their own starvation and further degradation of rangeland resources.

Needless to say, the new July announcement caused public concern about BLMs plans to “remove 60 animals west of Lake Mead” as this was their total reported population! Would this be an “unofficial” wipe out of the last remaining Lake Mead wild burros?

However, the Gold Butte HMA followed a recent and disturbing trend in BLMs population reports; as with the Adobe Town, Salt Wells, Divided Basin, and White Mountain HMAs in Wyoming and the recent Jackson Mountain, Antelope and Antelope Valley HMAs in Nevada, hundreds of wild ones became mysteriously present, which apparently BLM had no idea were out on the range despite their “in depth monitoring of rangeland resources” that authorizes these removals.

When challenged about the severe discrepancies in Gold Buttes wild burro population, the official response was that all the Gold Butte burros scheduled for removals were actually living outside the boundaries of the HMA, which turned out to be, not 36 but 140, with BLM removing every single burro that they gathered.

Yet months later, all the burros taken from Gold Butte are listed on BLMs Internet Adoption website as taken from inside the HMA boundaries, not outside. But what’s the difference - inside/outside, give or take a hundred fifty or so burros, such tiny details in the scheme of things – it’s not like this is life or death for our burros, is it?

BLM now reports thirty-one wild burros are all that remain in the 659k acre “preservation area” after almost four decades of management.
Either way, it doesn't matter what they report as they continue to be the unquestionable authority due to their continually proven track record of “expertise” and we can all rest assured that the last of the Lake Mead wild burros are still in good hands.

Posted by Preserve The Herds at 2:46 PM