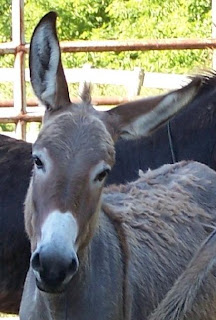 American Herds is devoting the month of December to the American Wild Burro, a species in significant decline whose populations under “federal protection” have continued to plummet to near Endangered Species status.

While much of the public’s attention has been centered around their love and passion for the preservation of the American wild horse, our wild burros have often been forgotten and treated as little more than an after thought.

Advocates would be wise to realize that wild burros, their stories, their treatment, and their decimated habitats and herds potentially hold the key to saving what’s left of our wild horses – nothing better illustrates the cumulative impact of what managed extinction looks like under the auspices of federal protection than the American Wild Burro.

For many that have had a wild burro touch their heart, their life has been transformed by their magical presence and the passionate devotion that these special beings have inspired has caused their advocates more heartbreak and tears than can be imagined as they have had to bear witness to these precious and unique herds being systematically destroyed.

In effort to honor those that have been irrevocably lost, to increase awareness of what little herds still remain and to those few individuals who have chosen the lonely path of trying to preserve and protect them, American Herds presents Decemburro as tribute - in rememburroance and in love.

I have the pleasure of having 3 burros in my life...other than a dog, I have never met an animal that LOVES to be LOVED so much! Burros are the most affectionate animals! I am so glad that everything I learned about donkeys/burros as a child (that they kick, bite and are stubborn) is UNTRUE! They are wonderful, smart, loving animals. I wish everyone could have the pleasure of knowing one!!

I would love to adopt one of these angels. I would so appreciate any help or information on where I may be able to find one who needs my love. I have so much love to give. I love (and weep for) the wild horses too, but I don't have the knowledge or experience to save one. jadesangels@yahoo.com

I just stumbled on this blog while doing research for a paper I'm working on about the hideous Big Bend State Park (in Texas) burro murders. Not only am I completely stunned at the long history of burro and horse hatred among many in the wildlife management business, I am so saddened that they ignore the fact that IMO a majority of Americans, when they imagine the Old West history, see burros and horses in their minds. Yet the governments (national and state) are doing their damndest to eradicate them from the "historical" landscape. So thank you for this site.
And as for burros...my donkeys (none BLM yet) are by far the most loving and gentle beings I have ever known. I gave up dogs and cats completely (and I used to train them for a living) when I found donkeys. They are loving and wise beyond all comprehension of many folks. And they literally changed my life -- giving me the long hoped for direction. I finally knew what I want to do when I grow up (at 37). I'm working on my degree and writing to try to re-educate a sadly misinformed public - and government. Changing views of horses, donkeys, and mules, and getting them the respect and treatment they have more than earned is my life's passion. So thank you for this post, this site, your work.
P.S. I would just like to add a tribute here to my Pooh Bear, may baby boy donkey (at 17 hands high) who passed away this month from intestinal rupture caused by an enterolith. He was the most awesome donkey ever - his heart was 10 times bigger than he was. And at 17 hands that's saying something.