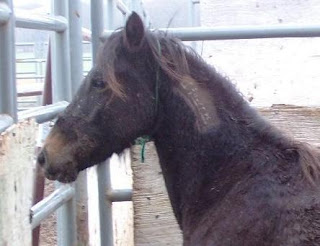 “The government’s continued lackadaisical attitude toward the mustangs makes it necessary for private conservation groups to constantly remain alert and follow the administration and enforcement of the law. Otherwise, the horses’ traditional enemies will succeed in slowly but surely eliminating them.” -The Politics of Extinction by Lewis Regenstein, 1975.

So how long have a handful of individuals been trying to eliminate wild horses and burros from the American scene? As far back as their American history goes……

In fact, there is so much available evidence clearly showing inappropriate and often illegal activities against wild horses and burros, only the illiterate could be convinced otherwise.

In his book, Wild Horses: Living Symbols of Freedom, wildlife ecologist and author, Craig C. Downer states how it began, “It was the White life style which caused the mustang’s demise, along with that of the buffalo….The horse allowed the Indian to withstand the White settlers and, so, the horse came to be regarded as part of the whole Indian “problem”. A prejudice against wild horses has remained as a part of the tradition to this very day among ranchers and farmers as well as others in the West.”

Mr. Downer asserts the 18th century saw the pinnacle of wild horse populations, estimated then at nearly 10 million strong but by the turn of the 19th century, their numbers had been reduced to 2 million and in the late 1950s, when Wild Horse Annie began creating public awareness for the plight of the wild horse, it was estimated their numbers had been gutted to a paltry 25,000 throughout the West. (1)

When public love and outcry sparked Congress to pass the Wild Free-Roaming Horse and Burro Act in 1971, those still prejudice against the wild ones have been seeking to overturn their federally protected status ever since.

In 1973, legal proceedings were initiated by a New Mexico cattleman who unsuccessfully tried to overturn their federal protection in Kleppe vs New Mexico (June 17, 1976).

Betsy A. Cody, Specialist in Natural Resources produced a report for the Congressional Research Service on Wild Horse and Burro Management, which stated, “In 1984, BLM started to allow individuals to adopt large numbers of animals for free. Approximately 20,000 horses were adopted while this fee-waiver program was in effect and several thousand of these animals reportedly ended up in glue or pet-food factories.(2) The program was stopped in 1988 due to public outcry.”
Karen Sussman, President of the International Society for the Preservation of Mustangs and Burros (ISPMB) submitted a Report to the Subcommittee on National Parks and Public Lands June 5, 1998, that stated, “Regulation changes proposed in 1984… allowed BLM to gather an unprecedented number of wild horses during the two year period that the rule changes were pending.”
“Another 1984 regulation was implemented known as fee-waivers/mass adoptions which allowed 100 or plus horses to be given to adopters. Ranchers adopted them and turned around and sold many to slaughter after title passed.”

“During these years, with BLMs approval, several attempts were made to allow BLM to sell “unadoptable” horses for slaughter by initiating language, which never got out of committee in Congress. The Range Omnibus bill which included the slaughter provision made it to the floor of Congress but was defeated.”

The Government Accounting Office (GAO) released their audit and report in August 1990 of the BLMs Wild Horse and Burro Program titled, Rangeland Management, Improvements Needed in the Federal Wild Horse Program, which included scathing indictments of wild horses being regularly sent to slaughter and unfair treatment by BLM.

American Wild Horse Preservation Campaign provides a Link to a 1997 report released by the Public Employees for Environmental Responsibility (PEER), Horse Slaughter -Anatomy of a Cover-Up, which explicitly details BLM abuses, wild horses and burros going to slaughter and a complete lack of accountability in the wild horse and burro program that many believe still continues today.

The PEER Horse Slaughter Report states: “BLM has tolerated and in some instances facilitated the routine and illegal trafficking of wild horses to slaughter. The agency has obstructed efforts by its own law enforcement officers to expose commercial theft of wild horses, fraudulent adoption schemes and fictitious "sanctuary" herds not only to avoid embarrassment but also to maintain the flow of horses off the range.”

“Lawyers from the Department of Justice also urged that the case be dropped because the tolerance within BLM for the horse to slaughter trade was so widespread that it would be unfair to single out any one person for prosecution.”

Associated Press reporter, Martha Mendoza also did a series of articles on the travesty occurring, such as Wild Horse Criminal Case Shut Down, which involved additional investigative reporting that found a long-standing history of cover ups, abuses and wild horses and burros being sold for slaughter.

Bill Sharp, who worked for the BLM before retiring in 1994 was quoted as saying, "If I really was worried about intent then I probably wouldn't have adopted out any horses, because I believe 90 percent of these horses go to slaughter."

While evidence piled up that indeed, America’s wild horses and burros were routinely being sent to slaughter with many BLM employees actively participating, looking the other way or being too afraid to speak out, the Grand Jury Investigation was successfully slammed shut in 1996 without any of the hard won evidence ever being heard.

Congress responded by turning a blind eye – to this day, they have failed to demand any investigation or accountability of these allegations and have failed to require BLM to submit biannual reports on the Wild Horse and Burro Program, as required by law, since 1997.
In July 1998 Congressional Subcommittee Hearing in Reno, Nevada (see last post, Year of the Horse II), the Honorable Delegate from the Territory of American Samoa, Eni Faleomavaega, continued to press for answers; “…there are allegations that thousands of horses are being slaughtered and there are further allegations that BLM could not even account for some 32,000 adopted animals, and that even BLM employees may have been participants and may even have profited in the slaughter of thousands of wild horses.”

His questions, and ours, have never significantly been addressed.
The prosecuting attorney for the derailed Grand Jury investigation, Alia Ludlum, stated, "I believe that my investigation was obstructed all along by persons within the BLM…..I think there is a terrible problem with the program and with government agents placing themselves above the law."

And so, with improprieties, abuses, and illegal activities against wild horses and burros being sanctioned and covered up at the highest levels, Larry Johnson, Director of Nevada Bighorns Unlimited and currently serving on the 2007 Wild Horse and Burro Advisory Board, stepped up to the plate.

In March 2000, Mr. Johnson submitted statements in concert with BLM under a Wild Horse Attachment to a Senate Subcommittee on Energy and Natural Resources to urge their support for “The Restoration of Threatened Watersheds”, citing wild horses and burros, not livestock, were one of the major threats to both watershed health and wildlife and as such, funding was needed to drastically reduce their populations across the West.

The Nevada Commission for the Preservation of Wild Horses was also cited by jubilant anti-wild horse supporters as being the key factor in convincing Congress that their removals were truly a necessity in Nevadas 2000 Public Land Policy Update (pg.17).
In October 2001, armed with Congressional approval and funding, BLM proceeded to launch the most aggressive removal campaign ever implemented, rounding up over 70,000 of our wild horses and burros over the last six years.

With the Sales Authority waiting in the wings, BLM officials successfully escaping federal indictments, prosecution or any accountability at all, years of frustrated efforts to strip federal protection of America’s wild horses and burros was finally rewarded - our Land Lords just sat back to wait…..