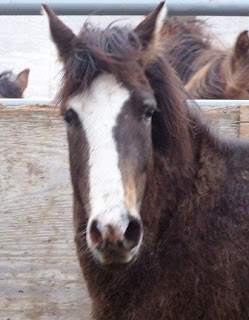 NCPWH stands for the Nevada Commission for the Preservation of Wild Horses.
To those interested in American wild horse and burro preservation, knowing who the Commission is, how it was established and what it is doing and has done for the American herds over the years, is a vital piece to the puzzle of understanding where our herds stand today.

The Commission has had a profound influence on policy, strategy, and decisions – not just in Nevada but also within the entire National Wild Horse and Burro Program itself. Many of the national strategies that have been implemented, which are causing such distress to wild horse and burro lovers everywhere, can trace their roots back to what the Commission has set in motion.

As with many of the public land and resource issues, the Commission has a long and complicated history, mostly due to politics, that are difficult to summarize in a few paragraphs.

Therefore, a series of articles has become necessary to help wild horse and burro advocates understand why they need to know about the Commission, its activities, its historical and current role in wild horse and burro management, the political influence on both state and federal levels that has had such devastating effects to wild populations everywhere, and where the future of the Commission is headed.

Inspired by the recent ruling from the Interior Board of Land Appeals (see last post, WHOA-The Final Blow?) of the appeal filed against the Red Rock wild horses by Dawn Lappin of Wild Horse Organized Assistance (WHOA), the time has come to examine the Commissions lasting impact on America’s wild horse and burro herds.

Dawn Lappin herself, though not officially part of the Commissions, has a very long history of involvement in wild horse and burro advocacy. One can find her name in public comments submitted to BLM and other agencies that stretch back for decades.

She and her organization, WHOA, are nearly joined at the hip with the Nevada Commission for the Preservation of Wild Horses as well as having deep and lasting ties with the Commissions long-time appointed administrator, Cathy Barcomb.

These two women have routinely worked together throughout Nevada, with the BLM, and with state and federal authorities on multiple levels to influence policy and carry out agendas. They could single handedly be considered the two most influential people in wild horse and burro management in the country and have been so for a very long time.

While they use to work together on a more open basis, changes in Nevada Revised Statutes that began to limit the Commissions authority have caused them to use each others organizations to accomplish their goals, which are now carried out more “behind the scenes”.

What they are planning, supporting and suggesting is important information for anyone interested in Preserving the Herds of America.

The Nevada Commission for the Preservation of Wild Horses website can be accessed at- http://www.wildhorse.nv.gov/

Posted by Preserve The Herds at 4:07 PM